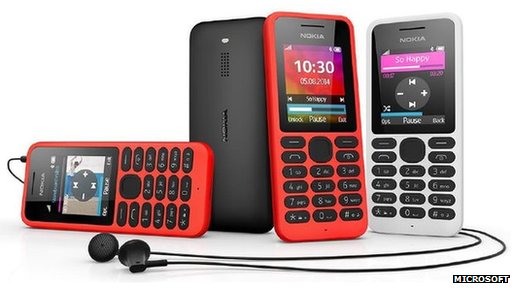 Microsoft has announced a low cost mobile phone that lacks a data connection, meaning it cannot offer any of the firm’s internet services.

The launch comes a month after a leaked memo revealed that Microsoft planned to kill off several of its low-cost phone families to “focus on” its more expensive Windows Phone range.

But the firm said that it was still committed to its most basic range.

“This is a massive market segment, and there are not a lot of players in this segment for the reason that scale is really important,” Jo Harlow, head of Microsoft’s phones business, told the BBC.

“We have the distribution and supply chain scale to compete effectively in this market.

“This is a space where smartphones today don’t reach, so there is still very strong benefits to our business.”