Leeds visitor numbers rise for 2018 Our great city is simply unstoppable at the moment!  From attracting the England football team before their World Cup exploits to headline showbiz acts like, Bruno Mars. It seems we are on the rise … Continue reading → 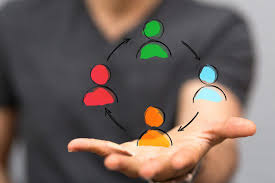 I think it’s fair to say that social media has a huge impact on every element of our lives and as such it’s important that we safeguard ourselves from the negative influences it can play in shaping our future.

Social is key to the way in which the recruitment market is developing. Long gone are the outdated practices associated with simply having a huge, unmanaged database of candidates and an advertising budget that surpasses the competition. Hence a more agile and connected recruitment space is opening up. It’s easy to suggest we need to protect our information from nefarious characters but this goes more deeply than ensuring you don’t leave critical information open for the world to see and share.

When a company – regardless of whether or not they are a direct hirer or a representing consultancy – reviews you as a potential employee, you now are more likely to get screened not only on the basis of a CV but on the overall information a company can glean from the public domain.

The first stop is typically LinkedIn. A professional platform that will show if you can separate your business life from your personal. So many people now blur the lines and post non career or business related information on this site giving a confused picture about what you want from your career. School boy errors can be seen on a daily basis where people have set up a profile only to forget about it and then subsequently miss information off their CV or simply lie about where they were working and when. The fact that someone has set up a profile and then not updated it shows how seriously they are about promoting their skills and career. Also be careful of what you comment on….everything you say in a social conversation says something about you and your focus. It’s difficult saying to an employer in an interview that your strongest skills are your ability to focus when you are commenting on other people’s posts throughout a working day on things not related to what you do.

Right or wrong it’s likely that your name will be run through a search agent to see if there are any glaring issues. On one such occasion we found an article in on a candidate who had been banned for driving for drink driving which explained a number of sudden departures from roles which he had lied about in his pre-screening interview. It’s important you know what an employer can find out about so you can explain the detail and present yourself, warts and all, in the best light.

Most seasoned recruiters will move past the ‘interests’ section on a candidate’s CV in favour of searching through Facebook or Twitter. We have personal experience of cancelling an interview due to questionable and poor language skills on someone’s twitter feed. Having a fully lived social life is no issue but pictures of you being carried out of a club at 4am every other night of week does leave a question of wether you’ll be able to make it to work every day. Posts about breaking the law, taking drugs, comments about previous employers, general discriminatory or poor use of language have all been used to reject applications.

When approaching your career search it’s always useful to tie in all your published and social information. It’s pointless telling a prospective employer you’ve just been made redundant as part of a large cutting campaign when your previous employer is actually advertising your old role. The best advice is to research yourself….plan your interview and then make sure your social footprint supports your pitch. You can then draw an interviewers attention to this if they haven’t already researched you and can form part of your overall reference.

Leeds’s economy has grown at a faster pace than London during the three years since the Northern Powerhouse was launched, new figures show.

Information in the UK Powerhouse report, showed that Leeds’s economy had grown by 8 per cent since George Osborne launched the initiative at the end of June 2014.

This compared with London which grew by 6.9 per cent. The new research showed certain sectors in Sheffield, York Bradford and Hull were all performing well too, with the former city having grown its financial sector by 28 per cent since 2014.

However the report, compiled by think tank the Centre for Economics and Business Research (Cebr) and law firm Irwin Mitchell, showed that all of Yorkshire’s cities were positioned behind Manchester, which has seen output grow by 9.1 per cent in the same period.

However Leeds’ job creation rate of 9.5 per cent exceeded that of both Manchester and London, the research showed. Award win: Leeds’s Victoria Gate shopping centre.

Within the league table for financial performance, Leeds came second to London in terms of both Gross Value Added (GVA) and employment growth.

Elsewhere York and Wakefield were both shown to be leading the way for employment in the UK.

The study, which provides a quarterly estimate of data and job creation within 45 UK cities, also highlighted the fact that more needs to be done to rebalance the UK’s economy, revealing the longer term picture to be slightly more bleak as it predicts that the gap between London and the rest of the UK will get even wider by 2026.

Leeds’ economy is set to grow by 12.8 per cent in the next 10 years, compared to 16.1 per cent for London and 22 per cent in fast-growing Milton Keynes. Judith Blake, leader of Leeds City Council, said: “The Northern Powerhouse must focus on people and respond to their needs and wants.

Andrew Walker, head of business legal services at Irwin Mitchell in Leeds, said: “The results of this study are on the whole encouraging, particularly as it shows that Leeds is benefitting from a number of high growth industries including health care and medical technologies, edtech and game development. The city is home to large digital companies such as NHS Digital, Rockstar Games, and houses Sky’s Betting, Gaming, and Technology enterprises and in order to make sure the city continues to thrive, it’s crucial that these industries are allowed to flourish.”

Mark Goldstone, head of business representation and policy at West and North Yorkshire Chamber of Commerce, said: “The Northern Powerhouse brand is already making a difference to perceptions around the world so it is pleasing to see this reflected in our city’s performance.

“Leeds is already proving attractive to investors in addition the growth of companies in the city has been strong since the end of the recession.”

Leader of Leeds City Council Councillor Judith Blake said: “Despite the continued challenging economic environment, Leeds has continued to perform exceptionally well, especially in regards to job creation which is the highest in the country.” The former Chancellor of the Exchequer George Osborne at AMRC in Sheffield where he signed the Northern Powerhouse  Picture Bruce Rollinson

The report said Leeds has expanded its financial sector substantially in recent years, with the city’s total output from finance and insurance increasing by 40 per cent between 2012 and 2015.

It also said that Sheffield’s financial sector is on the up, with around 43,000 employed in the sector over 2016.

Jack Coy, Economist at Cebr, said: “Despite the UK-level economic slowdown over the first quarter, it is good to see some bright sparks in local economies across the country.”
While the performance of many key northern cities will be welcomed by business and civic leaders, the report did also sound alarm bells about a slowing economy and one that was still some way behind redressing the north south divide.

According to the Cebr and fellow authors law firm Irwin Mitchell the UK economy grew by 0.2 per cent in the first three months of the year, a considerable slowdown from a quarterly expansion of 0.7 per cent at the end of 2016.

The slowdown in GDP was predominately driven by a weakened performance in the services sector,as a squeeze on household incomes continues to reduce consumer spending.